Are your estimates not performing?

Do you wonder where the money went at the end of a job?

Are you paying bills from the last job with cash from the current job?

Is there not enough time?

It’s NOT YOUR FAULT!

You haven’t had the tools to get you on the Highway to the Profit Zone!

I will tell you about that in a moment.

A few days ago I was talking with one of my long-term clients – Tom. He has been using the system successfully for some time. He shared an interesting story with me.

Prior to finding The Contractor’s Profit system, Tom had been a successful contractor for about 5 years. Then he went through a rough patch.

He underbid a couple of contracts. One of the underbids was especially bad.

Cash flow was a real problem. He ran up his credit cards to pay for materials.

He has to lay off part of his crew because he couldn’t pay them. Tom had to get on the job and start swinging a hammer himself.

It got even worse when one of the jobs refused to pay the current progress payment because they were unhappy with the materials that Tom has used.

Tom took out a second mortgage on his house to get some cash.

And, it got worse…

A project Tom bid on that he thought would save the company went to another contractor. This time he had overbid the job. He was gun shy from his 2 underbids.

Tom’s wife went to work to help pay the bills.

As it happened, there was a class reunion for the high school graduating class that Tom went to.

At the reunion, he got talking to Ralph, one of his classmates and friend from high school. Ralph was also a contractor and lived in a town about 100 miles away.

Ralph said that he was doing well and had more profitable work than he knew what to do with. His business was thriving and he was trying to hire another crew.

Tom opened up to Ralph about the problems he was having. Ralph sympathized with Tom and he had gone through some real challenges a couple of years ago. He found a solution to his problems.

Ralph suggested that he might be able to help Tom. He told Tom about the system that had saved his business  – The Contractor’s Profit System with LiteningFast Estimating. He invited Tom to his office to see how it works.

The next day Tom drove to Ralph’s office. Ralph showed Tom how the system worked and how it had helped him quickly and easily generate accurate estimates that his clients loved. And, even better yet, he made a fair profit job after job.

Tom was sold and when he got back to his office he signed up for the system. One of the great things was the price was very affordable. It was a small monthly payment that Tom could easily afford.

The other thing that impressed Tom was the ease of getting started. He spent an hour or so watching the video tutorials and got started with the system.

Tom’s next bid, using the system, impressed his clients with the detail of what they were going to get for the money they were spending. Any issues of material quality were eliminated.

And, his detailed estimate blew away several lump sum bids the client had received even though Tom’s was more expensive.

Tom got the job and made a profit from it. He was on a roll.

His crew is back.

His credit cards are paid off.

Tom has recommended The Contractor’s Profit System with LiteningFast Estimating to many other contractors.

This little chat with Tom reminded me that many contractors go through rough times.

And some do not survive.

Having a system that helps you quickly and easily create profitable, job-winning estimates goes a long way to keeping your business profitable.

Here is what you are going to get with The Contractor’s Profit System with LiteningFast Estimating.

I am Releasing the System with Special Pricing. But Only for a Limited Time

Look, I have been told I should sell The Contractor’s Profit System with LiteningFast Estimating for at least $129 a month because it is so powerful.

I will get to the pricing in just a minute.

First, let me share a few of the many testimonials we have received

“We have been using LiteningFast since 1997 and I can tell you that it paid for itself on the first job. I am not great on computers yet this is so easy to use. The two best things this program has offered us is to help our customers gain trust and confidence in us and [...]
Read More

“Although I have been a carpenter and a contractor for 24 years, it has only been 9 years since I began ‘computerizing’ my trade in business. If you are like 85% of construction outfits in this country (5 employees or less) you know that there just isn’t the time or the money to learn a [...]
Read More

“Because the application is highly customizable, I can fit it to my environment”

“Just a quick note to let you know how you are doing! I’m working through the getting started guide and I’m very impressed with the writing style. It’s very easy and is an immense help with shortening the learning curve. Because the application is highly customizable, I can fit it to my environment. Now I [...]
Read More

“The Estimate Will be Dead on Target”

“I think your program is absolutely terrific. It is exactly what I needed to help me produce good estimates. With your program I don’t have to hire an estimator, I can do it myself in just 15-30 minutes… a 1200-1600 square foot house.  And the estimate will be dead on target I figured my first job [...]
Read More

“I’ve been a LiteningFast user since ’94 and have been very happy with your software. I’ve done hundreds of estimates over the years. LiteningFast is easy to use and talks to every software I use in my business. Every once in a while I look around to see if I can find another software that [...]
Read More

“We Were Able to do Estimates Almost Immediately”

“Just a note to say ‘thanks’ for writing LiteningFast!! We have been using it for several years and have become very attached to it because of it’s dependability and ease of use. The program is so very simple to learn to use, that we were able to do estimates almost immediately. The fact that estimates [...]
Read More

“The Ease of Use is Incredible”

“Hi, this is Gary Krause and I would like to give a testimonial for Litening Software, which I’ve been using for several years now. It has the ability to create quality estimates that are on budget and help sorting out all the complex, complexities, of creating an estimate. Details are very important in estimating and [...]
Read More

“Accuracy is the Hallmark of LiteningFast”

“Hello, my name is Ben. I’m from Auburn Alabama. So, you are interested in an estimating program. Let me tell you this, LiteningFast is a construction tool that is as essential to my company business as nails. We depend upon it. This is the estimating product that removes us from using yellow legal pads, scraps [...]
Read More

As I said, I have been told I should charge at least $129 a month for this powerful system.

But, I am not going to do that because I want as many contractors as possible to be able to afford this powerful system.

It is yours for the incredible price of only $47 a month.

You get these special bonuses

“How to Wring Every Dollar Out of Your Projects Using QuickBooks”

You’ll discover the step-by-step tools you need to keep your projects running on a budget. These tools will help you discover any problems while they are small and before they become big budget-busting quagmires. 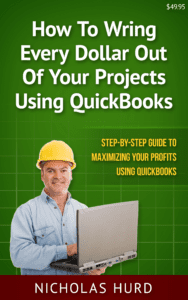 “How to Keep Thousands More In Your Pockets”

This guide takes you by the hand and shows you how you can keep more of the money you receive on your jobs in your pocket… not in the pocket of someone else. 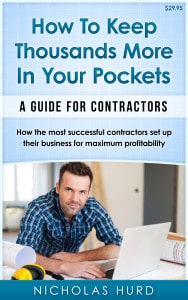 If You Act Now…

You can get started for only $1 for the first month

only $47 a month after that

There is NO Contract. You can cancel at any time 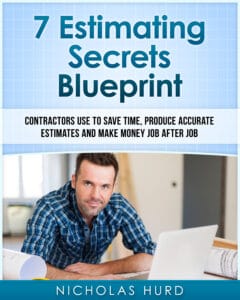 Discover the secrets successful contractors use.
Fill out the form below to get your Free copy of:
"7 Estimating Secrets Blueprint".
It will be on its way to your inbox in moments. 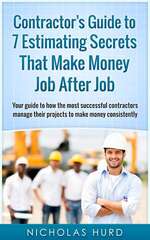 Discover How the 7 Secrets Will Help
you achieve the success you want...
A Successful, Sustainable Business!
Fill out the form below to get your Free copy of:
"Contractors Guide 7 Estimating Secrets That Make Money Job After Job".
It will be on its way to your inbox in moments. 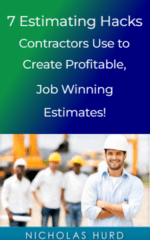 successful contractors use.
Fill out the form below to get your Free copy of:
" 7 Estimating Hacks Contractors use For Profitable, Job Winning Estimates".
It will be on its way to your inbox in moments.

successful contractors use.
Fill out the form below to get your Free copy of:
" 7 Estimating Hacks Contractors use For Profitable, Job Winning Estimates".
It will be on its way to your inbox in moments. 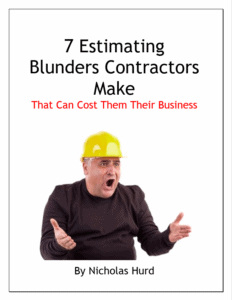